Anele Geqiwe’s debut short film This Is No Funny Matter is a brilliant comment on an all too common affliction in modern society – depression. Ironically told from the perspective of a comedian, it begs the question of how we navigate an existence that at times can feel confusing, meaningless and lonely.

Anele studied Film and Media Production at the University of Cape Town in 2009 on an achievement scholarship. After his studies he ended up working in marketing but was always drawn towards film and knew that eventually he would end up in the industry. “I’m not sure why it took me so long to write and produce my first film,” he says. “The interest in storytelling has been there since I can remember. Nothing makes me feel more alive than bringing an idea to life, and nothing can be compared to filmmaking.”

This Is No Funny Matter was nominated for Best Short Film at this year’s London Shorts film festival. 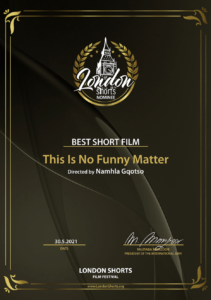 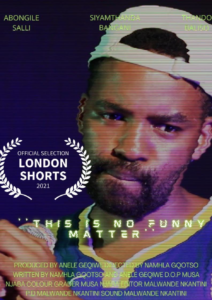 We had a chat with him to learn more about the process.

What’s the short film about?

The short film is about depression. There’s no funny or interesting way to tell a story about mental health than telling it from a comedian’s perspective. So, the film focuses on the upcoming comedian (Mesh) played by Abongile Salli. The comedian shares his struggle with depression on stage and indirectly asks for an “easy way out” to the audience. I’ll stop right there before I get into trouble, ha!

What inspired you to make the film?

I believe I’m a storyteller and this particular story has haunted me for some time. I was fortunate to have fellow filmmakers in my circle. The film is so relevant right now more than ever – depression is something we can’t pray away or label it as a disease for the non-believers. The storyline could’ve been about a plumber or a doctor but to make it more interesting it had to be a comedian – not the usual suspect, right?

What challenges did you encounter in making this film?

I was fortunate to work closely with the film director before “lights, camera, action”. Namhla Gqotso, a 23-year-old talented female film director brought the idea to life. Of course, the crew and actors played a huge role as well. As a producer of the film, I had to keep on reminding everyone “it’s a low budget film but an important story to tell”. I worked with really amazing people, I even composed a song with a friend of mine, it plays at the end of the film.

How was your screening?

I watched the film a million times prior to the screening and I accepted the fact that it’s no longer the script that I wrote in isolation, the story evolved and took on a life of its own. Therefore, it’s all up to the spectator to decide whether they dig the film or not. I was overwhelmed watching it with the audience (40 people) and hearing them reacting to the film. That’s the best feeling ever – probably what every creative considers as the ultimate reward.

What has been the highlight thus far?

The good news is, we submitted the film to a couple of international film festivals and thus far we have been nominated by the London Shorts Film Festival in the “Best Short Film’ category. We are extremely honoured by the nomination, it’s a big deal for us. This is our introduction to the film industry.

Sharing more stories to the world! I’m already working on a new script.

Check out the trailer below: 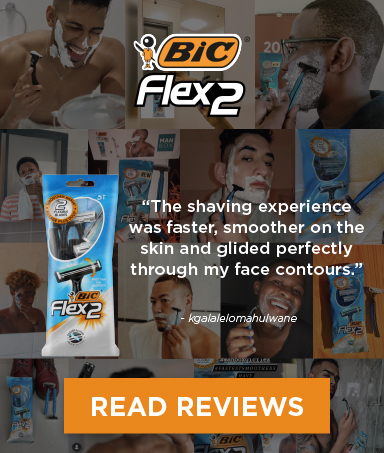